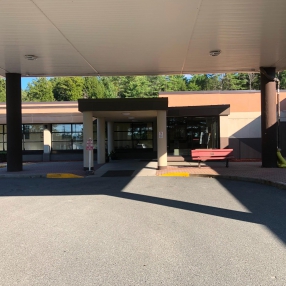 Accolades Stream In For Cottage Hospital

The hospital’s CEO, Maria Ryan, PhD, APRN, was recognized for the third year in a row by Becker’s Hospital Review as one of the top 50 rural hospital CEOs to know in the U.S. in 2015. In making the announcement, Becker’s stated, “These 50 presidents, CEOs and administrators are dedicated to advancing healthcare in their communities and are tackling the challenges of providing healthcare in rural or small towns with vigor. For this list, ‘rural’ was defined as being located outside of a major metropolitan area or healthcare hub. Leaders were selected for inclusion through an editorial process where a number of factors were considered, including awards received; local, regional and national leadership positions held; and their organizations’ recent performance.”

Becker’s also recognized Rick Frederick, CIO of Cottage Hospital, as one of 100 Hospital and Health System CIOs to Know, stating that “The executives are leading their organizations through healthcare’s technology revolution, overseeing EHR installations, new patient portals and telemedicine advancements while working to keep data secure from breaches, among countless other priorities.” The only CIO in New Hampshire named to the list, Frederick stepped into his role as CIO in 2014 after serving for three years as director of Cottage Hospital’s Information Technology department. Under his direction, the hospital was the first critical access hospital in New England to meet Meaningful Use 1 and the first hospital in the Nation to attest go  meaningful use stage 2 for Electronic Health Records Improvement in the first qualifying period.

Cottage Hospital also received two awards. The Hospital was one of only two in New Hampshire to receive Gold Recognition for its part in the National Hospital Organ Donation Campaign to encourage organ, eye, and tissue donations and registrations. The hospital works closely with its organ procurement organizations and Donate Life America affiliates to educate and register new donors.

Locally, Cottage Hospital was named Business of the Year by the Cohase Chamber of Commerce at the organization’s Annual Meeting. According to Erik Volk, Executive Director, Cohase Chamber of Commerce, one of the key reasons the Hospital was chosen is that it “continues to evolve to meet community health care needs and is committed to moving our communities ahead technologically as evidenced by their successful and widely recognized Electronic Health Records system, as well as numerous other commendations and awards for their health care excellence.”

A plaque was presented to the Hospital leadership, which read in part, “This honor is extended from the Cohase Chamber of Commerce for your success in building and operating one of the region’s most highly regarded business organizations. Your presence and efforts make the Cohase Region a more vibrant place to live and to work and for that we are grateful.”

In announcing the awards, Maryanne M. Aldrich, Director of Community Relations & Fund Development, said, “We are honored to have the Hospital and its leadership receive so many awards in such a short time. They confirm that we’re delivering on our commitment to strengthen the health of our community by providing accessible, compassionate, quality healthcare. To us, compassionate care, excellence, integrity, innovation, team worth, fiscal accountability and responsibility are the core values for our hospital, and they inform every decision we make.”